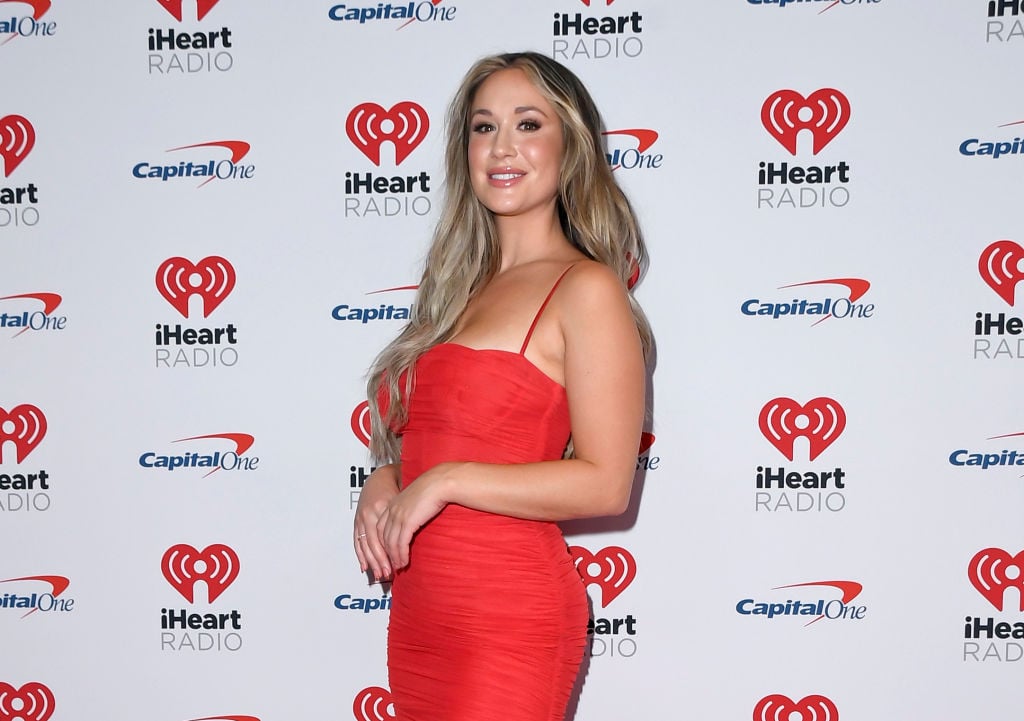 Bachelorette Rachel Recchia had a disappointing ending to her run as co-lead (alongside Gabby Windey) of Season 19, but she’s not ready to give up on finding the man of her dreams.

The 26-year-old pilot has started dating again and recently went on a date with a “random person” who slid into her DMs. Well, that method for meeting a new man can’t be any worse than meeting 25 strangers on a TV show and getting dumped by all of them, right?

The Florida native, who first appeared as a competitor for Clayton Echard‘s affections on Season 26 of The Bachelor, joked that she initially had trouble going back to dating in the real world — as opposed to dating on a highly scripted TV show — as reported by Us Magazine.

“I don’t know how to date not on a camera,” Rachel quipped. “I’m like, how do you date outside of sitting down and being like, ‘Tell me everything about your life right now in this next five minutes — go!’  . . . Do I give him a date card? Do I say, ‘Meet me at the coffee shop, XO, Rach?’ What do I do?”

Rachel, who recently moved to Los Angeles, got engaged to Tino Franco during the season finale. But when he later confessed to cheating on her after the proposal was filmed (he reportedly kissed another woman in a bar), the Florida native called off their engagement.

“There is no excuse for what you did. You broke my heart,” Rachel told her ex at the After the Final Rose, which aired in September. “I don’t understand, like, you are literally still running in circles. We are up here and nothing is making sense to me still.”

Rachel’s Bachelorette runner-up, Aven Jones, then returned to set was sent out by producers to ask if she’d like to “get out of here and just catch up.” The flight instructor admitted that she would “love nothing more.”

In October, Rachel confessed that she was “definitely open” to reconnecting with Aven, but she wasn’t quite ready to date at the time.

“I just got back to L.A. from everything that happened [on the] show — New York, I was in Vegas,” she said at the time. “So, I think we’re both kind of just going to see where it goes — if it goes anywhere.”

One person Rachel’s definitely kept in touch with is Gabby, who just qualified for the final round of competition on Season 31 of Dancing With the Stars. Rachel has been in the DWTS audience most weeks, since the start of the season.

“She is so busy right now,” Rachel says of her co-lead. “She really is practicing all day every single day. As much as we can talk and exchange texts we do, and I go and support her in person really any chance I can get.”

Rachel added that she’s also been there to support her former costar following her recent split from her fiancé Erich Schwer. “Whatever support and whatever she needs right now, I’m gonna try to give to her,” Rachel said, “Just because we all know how difficult it is, especially in the public eye.”

Ironically, Gabby and Rachel were both featured this week on an episode of Bachelor in Paradise, which filmed in Mexico back in the summer. Both women showed off their engagement rings to the Paradise cast, while the young women on the beach (emphasis on the word “young”) squealed and shrieked with excitement.

Apparently producers of the show were holding up the pair as evidence that Bachelor Nation works, when in actuality, the clock was already ticking on both relationships.

Lala Kent Speaks Out About Feud With 50 Cent Amid Split With Randall Emmett; Says “We’re All Good”

To be updated with all the latest news, offers and special announcements.

Radhika Madan on ‘Sanaa’ being premiered at Tallin Black Nights Film Festival: “I am speechless, the response has been surreal and overwhelming”

Michael Jackson’s Siblings: From Rebbie To Janet, Where Are They Now?

Michelle Williams’ Husband Thomas Kail: Everything To Know About Her Partner & Past Spouses

“I Paved the Way, But With My Blood”: Euzhan Palcy Opens Up About Her Trailblazing Career

“The Money I Use in Buying Water a Year on Lagos Island Can Fund a Duplex”: Actress Didi Ekanem Cries Out

“You Walked Into Where Elders Are”: Uche Jombo, Ufuoma McDermott Scold IK Ogbonna’s Guest for Not Greeting

“My Heart Has Been Captured”: Iyabo Ojo Hints at Mystery Lover Who Is an Igbo Man, Shares Video

To be updated with all the latest news, offers and special announcements.